It was a senselessly violent crime: on a cold night in a remote Swedish farmhouse an elderly farmer is bludgeoned to death, and his wife is left to die with a noose around her neck. And as if this didn’t present enough problems for the Ystad police Inspector Kurt Wallander, the dying woman’s last word is foreign, leaving the police the one tangible clue they have–and in the process, the match that could inflame Sweden’s already smoldering anti-immigrant sentiments.

Unlike the situation with his ex-wife, his estranged daughter, or the beautiful but married young prosecuter who has piqued his interest, in this case, Wallander finds a problem he can handle. He quickly becomes obsessed with solving the crime before the already tense situation explodes, but soon comes to realize that it will require all his reserves of energy and dedication to solve.

I’m always intrigued by new mystery series, especially those set in Europe. This series was adapted by BBC and Kenneth Branagh played the lead. 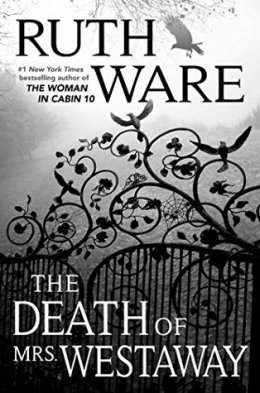 On a day that begins like any other, Hal receives a mysterious letter bequeathing her a substantial inheritance. She realizes very quickly that the letter was sent to the wrong person—but also that the cold-reading skills she’s honed as a tarot card reader might help her claim the money.

Soon, Hal finds herself at the funeral of the deceased…where it dawns on her that there is something very, very wrong about this strange situation and the inheritance at the center of it.

If you haven’t heard of Ruth Ware, I would highly recommend her novels! They are hard to put down and come with a killer ending! The Death of Mrs. Westaway was no exception! 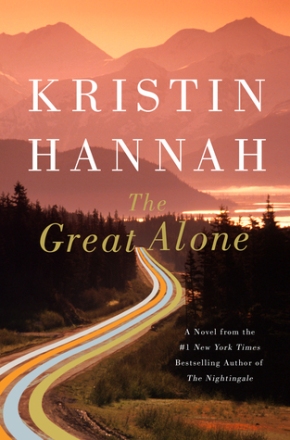 Alaska, 1974.
Unpredictable. Unforgiving. Untamed.
For a family in crisis, the ultimate test of survival.

Ernt Allbright, a former POW, comes home from the Vietnam war a changed and volatile man. When he loses yet another job, he makes an impulsive decision: he will move his family north, to Alaska, where they will live off the grid in America’s last true frontier.

Thirteen-year-old Leni, a girl coming of age in a tumultuous time, caught in the riptide of her parents’ passionate, stormy relationship, dares to hope that a new land will lead to a better future for her family. She is desperate for a place to belong. Her mother, Cora, will do anything and go anywhere for the man she loves, even if it means following him into the unknown.

At first, Alaska seems to be the answer to their prayers. In a wild, remote corner of the state, they find a fiercely independent community of strong men and even stronger women. The long, sunlit days and the generosity of the locals make up for the Allbrights’ lack of preparation and dwindling resources.

But as winter approaches and darkness descends on Alaska, Ernt’s fragile mental state deteriorates and the family begins to fracture. Soon the perils outside pale in comparison to threats from within. In their small cabin, covered in snow, blanketed in eighteen hours of night, Leni and her mother learn the terrible truth: they are on their own. In the wild, there is no one to save them but themselves.

My book club is next week, so I need to start reading the book! I think The Great Alone will be a great discussion novel!

What are your WWW? Have you read Faceless Killers, The Death of Mrs. Westaway or The Great Alone?