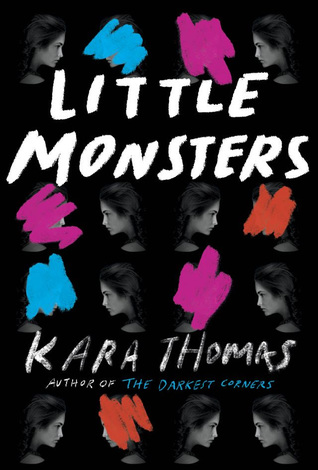 Kacey is the new girl in Broken Falls. When she moved in with her father, she stepped into a brand-new life. A life with a stepbrother, a stepmother, and strangest of all, an adoring younger half sister.

Kacey’s new life is eerily charming compared with the wild highs and lows of the old one she lived with her volatile mother. And everyone is so nice in Broken Falls—she’s even been welcomed into a tight new circle of friends. Bailey and Jade invite her to do everything with them.

Which is why it’s so odd when they start acting distant. And when they don’t invite her to the biggest party of the year, it doesn’t exactly feel like an accident.

But Kacey will never be able to ask, because Bailey never makes it home from that party. Suddenly, Broken Falls doesn’t seem so welcoming after all—especially once everyone starts looking to the new girl for answers.

Kacey is about to learn some very important lessons: Sometimes appearances can be deceiving. Sometimes when you’re the new girl, you shouldn’t trust anyone.

Ah high school girl drama. Don’t you miss it. Just when you think you are best friends with someone, they don’t invite you to the biggest party of the year. And then they end up missing and you end up questioning everything.

Little Monsters is a quick read that draws comparisons to Pretty Little Liars. I found that it was a bit darker than PLL with less drama. It also helped that the story was wrapped up in 1 novel as opposed to a 16 book series.

I liked the main character, Kacey, but couldn’t quite connect with her. She is starting anew – new family, new town, new friends. She seemed to connect with those around her, but never opening up to anyone and not trusting anyone.

I really enjoyed the end of the novel and didn’t see the ending coming. I was blaming everyone left, right and centre but never clued into the real killer. It was shocking!

3 calculators out of a potential 5. A surprising mystery novel with unlikable characters that I never warmed up to.