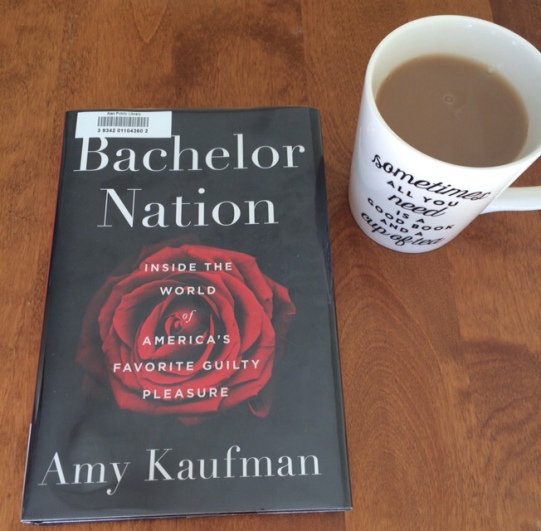 This is the most dramatic Bachelor Tell All Book EVER!!…sadly nope.

Hi, I’m Amanda and I’m a “fan” of the Bachelor franchise. I use the term fan loosely because I mostly watch because of the drama, not for the romance. Based on everything that happened last season (with what Arie and the producers did to Becca), I’m thinking of taking a break from the series. Anyways, I wanted to know the dirt behind America’s favourite guilty pleasure and I thought that this was going to be the perfect book since Amy was never a contestant so there is no contract to break.

Sadly, it didn’t happen that way and it just felt like a long essay on how producers are behind reality shows. I wanted more dirt and I really wanted to see past contestants and crew members open up on what really happens behind the scenes.

Some things I learned:

So in my eyes, the book feel flat. Some chapters were really boring that I ended up just skimming through (the history of the dating game shows and the bios of the creators/producers). I wish there was more past (and more current) contestants that spoke with Amy. The biggest ones were: Nick Viall, Sean and Catherine Lowe, Desiree Siegfried and Ben Flajnik and nothing that they said came as much as a surprise.

2 calculators out of a potential 5. I would only suggest this to fans of the franchise, but go in with very low expectations. This isn’t the tell all, behind the scenes book that it was advertised to be.