Can’t- Wait Wednesday is a meme hosted by Tressa at Wishful Endings to spotlight and discuss the books we are excited about that we have yet to read. The book I can’t wait to read this week is:

Like most women, Elizabeth Miles assumes many roles; unlike most, hers have made her a woman on the run. Living on the edge of society, Elizabeth uses her guile to relieve so-called respectable men of their ill-gotten gains. But brutal and greedy entrepreneur Oscar Thornton is out for blood. He’s lost a great deal of money and is not going to forgive a woman for outwitting him. With his thugs hot on her trail, Elizabeth seizes the moment to blend in with a group of women who have an agenda of their own.

She never expects to like or understand these privileged women, but she soon comes to respect their intentions, forming an unlikely bond with the wealthy matriarch of the group whose son Gideon is the rarest of species—an honest man in a dishonest world. She knows she’s playing a risky game, and her deception could be revealed at any moment, possibly even by sharp-eyed Gideon. Nor has she been forgotten by Thornton, who’s biding his time within this gilded orbit, waiting to strike. Elizabeth must draw on her wits and every last ounce of courage she possesses to keep her new life from being cut short by this vicious shadow from her past.

I love Victoria Thompson’s Gaslight series, so I’m super excited read her new series City of Lies!! Thankfully there is only 2 novels in the series so I can catch up quickly!

What novel are you most excited to read? Let me know in the comments below?

Top 5 Tuesday is a weekly meme that Bionic Bookworm hosts.  Today’s topic is Top 5 winter reads. Here are some of my favourite winter/snow covered reads!

What is your favourite winter read? 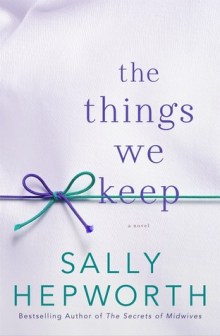 Anna Forster, in the early stages of Alzheimer’s disease at only thirty-eight years old, knows that her family is doing what they believe to be best when they take her to Rosalind House, an assisted living facility. She also knows there’s just one other resident her age, Luke. What she does not expect is the love that blossoms between her and Luke even as she resists her new life at Rosalind House. As her disease steals more and more of her memory, Anna fights to hold on to what she knows, including her relationship with Luke.

When Eve Bennett is suddenly thrust into the role of single mother she finds herself putting her culinary training to use at Rosalind house. When she meets Anna and Luke she is moved by the bond the pair has forged. But when a tragic incident leads Anna’s and Luke’s families to separate them, Eve finds herself questioning what she is willing to risk to help them.

Anna – a 38 year ago woman who has been diagnosed with early early-onset Alzheimer’s. Her brother has just moved her into the Rosalind House, where she meet Luke, another resident that is fighting the same battle as her. She struggles day after day to remember what and who is important to her.

Eve – recently widowed and having to rebuild her life, she has taken a job as a cook and housekeeper at the Rosalind House. She is moved by the residents, especially by Anna and Luke. She struggles to accept why their families separate them.

Clementine – Eve’s 7 year old daughter who is struggling to understand her father’s death and why her classmates don’t treat her the same anymore.

This was such a beautiful story of how Alzheimer’s impacts all of those around us. I loved all of the character’s stories and liked that there was time difference between Anna’s story (1 year earlier) and Eve’s/Clementine’s (present day).

4 calculators out of a potential 5. A beautifully sad, yet hopeful Alzheimer’s love story. 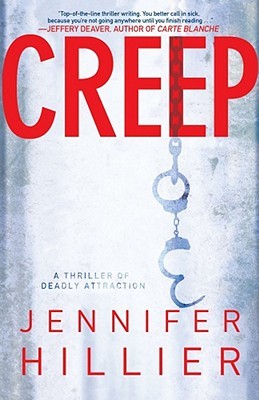 Dr. Sheila Tao is a professor of psychology. An expert in human behavior. And when she began an affair with sexy, charming graduate student Ethan Wolfe, she knew she was playing with fire. Consumed by lust when they were together, riddled with guilt when they weren’t, she knows the three-month fling with her teaching assistant has to end. After all, she’s finally engaged to a kind and loving investment banker who adores her, and she’s taking control of her life. But when she attempts to end the affair, Ethan Wolfe won’t let her walk away.

Ethan has plans for Sheila, plans that involve posting a sex video that would surely get her fired and destroy her prestigious career. Plans to make her pay for rejecting him. And as she attempts to counter his every threatening move without her colleagues or her fiancé discovering her most intimate secrets, a shattering crime rocks Puget Sound State University: a female student, a star athlete, is found stabbed to death. Someone is raising the stakes of violence, sex, and blackmail . . . and before she knows it, Sheila is caught in a terrifying cat-and-mouse game with the lover she couldn’t resist—who is now the monster who won’t let her go.

What a creepy novel. The moral of the story is don’t have an affair with one of your grad students or else they will try to ruin you. Seriously don’t do it.

I was hooked by Creep, which is Hillier’s debut novel. I have read her latest novel, Jar of Hearts, and you can tell how much she has improved as a writer. Not that Creep was bad, it just need a more focused storyline and less pages.

Hillier did a great job creating grad student, Ethan. He was super creepy, but you still felt a tiny bit bad for him. I wish that Hillier gave the readers a bit more insight into Ethan’s and Sheila’s affair, just so you got to see what Sheila saw in Ethan at the time. All the reader did was question Sheila’s judgement on why she would ever start something with Ethan.

I liked the storyline, but at times it tended to drag on. I was surprised when an event happened under the halfway point and I questioned what the rest of the book was about. I think if they had focused more on Sheila and Ethan, instead of the other minor characters, if would of been a better read.

3 calculators out of a potential 5. I really enjoyed the ending of this one and am happy that there is a follow up novel!

Can’t- Wait Wednesday is a meme hosted by Tressa at Wishful Endings to spotlight and discuss the books we are excited about that we have yet to read. The book my husband can’t wait to read this week is:

A leader has fallen, and the procession route from Capitol Hill to the White House is lined with hundreds of thousands of mourners. None feel the loss of a President more keenly than Alex Cross, who has devoted his life to the public good.

A sniper’s bullet strikes a target in the heart of DC. Alex Cross’s wife, Bree Stone, newly elevated chief of DC detectives, faces an ultimatum: solve the case, or lose the position for which she’s worked her entire career. The Secret Service and the FBI deploy as well in the race to find the shooter. Alex is tasked by the new President to take a personal role with the FBI, leading an investigation unprecedented in scale and scope.

Alex has a horrible premonition: is the sniper’s strike only the beginning of a larger attack on the nation? It isn’t long before his fears explode into life, and the nation plunges into a full-blown Constitutional crisis. His ingenuity, his training, and his capacity for battle are tested beyond limits in the most far-reaching and urgently consequential case of his life. As the rule of law is shattered by chaos, and Alex fights to isolate a suspect, Alex’s loyalty may be the biggest danger of all.

My husband, Kevin, is probably one of Alex Cross’ biggest fans. He started the series in 2015 and he flew through the 25 books. He is also not the biggest reader, so this shows his love for the series. Hopefully he will enjoy this novel, that was released on Monday, as much as the previous ones!

What novel are you most excited to read? Let me know in the comments below?